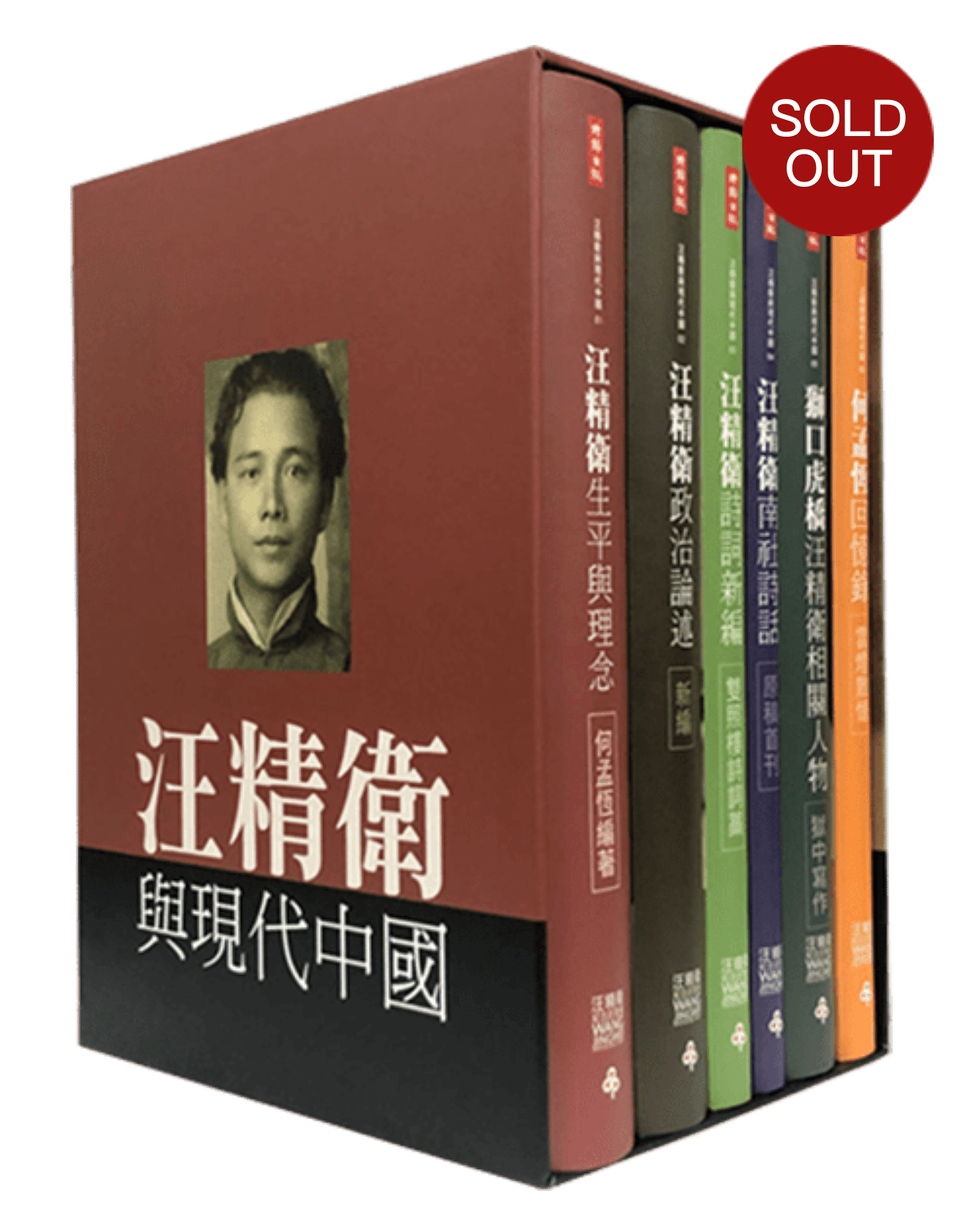 The authoritative portrayal of Wang Jingwei (1883-1944)—one of the most controversial and complex political figures in modern Chinese history.

Featuring over 1,000 never-before-published handwritten letters, poems, political writings by Wang and his associates, the series is the most complete biography of Wang Jingwei for the general reader to-date.

Free from bias or ideological preconceptions, Wang Jingwei & Modern China provides an intimate revelation of Wang Jingwei the revolutionary, poet, and statesman in his own words. It also adds to the understanding of modern Chinese history.

Receiving strong media attention and acclaim in China, Taiwan and Hong Kong, the six-volume series has completely sold out within two years since its publication.

Eight Corners Books™ is proud to publish the digital edition of each of the volumes over the next three years with expanded content.